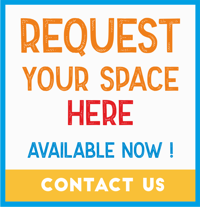 A wedding is a ceremony where two people are united in marriage. Wedding traditions and customs vary greatly between cultures, ethnic groups, religions, countries, and social classes. Most wedding ceremonies involve an exchange of marriage vows by a couple, presentation of a gift (offering, rings, symbolic item, flowers, money, dress), and a public proclamation of marriage by an authority figure or celebrant. Special wedding garments are often worn, and the ceremony is sometimes followed by a wedding reception. Music, poetry, prayers, or readings from religious texts or literature are also commonly incorporated into the ceremony, as well as superstitious customs originating in Ancient Rome.

Of course, your celebrant, be they civil or religious, must meet all the legal requirements for marrying a couple as set out by the federal government, but if you’re marrying in a church or another place of worship, there are likely a number of rules or conventions (such as either the bride or groom being a member of the faith in question) that must be adhered to, whereas civil ceremonies have fewer restrictions.

Naturally, this is understandable, since it shouldn’t be forgotten that, as beautiful and atmospheric as many churches etc are, the fact is, they are, first and foremost, places of worship. So, the actually marriage ceremony is seen as a sacred, holy ceremony, to which the faith’s customs must apply.

Civil ceremonies, on the other hand, can be just as wonderful and atmospheric but they are not constrained by the rules of any faith, just the law, so there is a lot more scope to move outside rules pertaining to, for example, music or dress.

As mentioned above, places of worship are about more than just pretty surroundings and stained glass windows. They are, generally, consecrated and a place where people of that faith congregate to practice their beliefs. As such, few churches, synagogues or mosques etc will allow those who do not share their faith to wed in their house of worship. So, if you have your heart set on marrying in your local cathedral, but are not of that faith, well, the chances of you being allowed to marry there are, well, slim to none.

Similarly, individual houses of worship sometimes have their own rules, as do individual faiths, about who can marry within their walls.

There are no such restrictions with civil ceremonies, so as long as your officiant conforms to the legalities of getting married, most venues – from a garden, the beach or, even, your own back yard – will suffice.

And, if none of them suit, you can always wed at your local marriage registry.

The only thing to remember is that if you are marrying in a public space such as a beach or garden, you may need to first obtain a permit from the local council.

La Calla weddings and events has been organising and coordinating weddings and other events along the beautiful and romantic Amalfi Coast since 1999.

Wagner Tours Wedding and Weddings, your local wedding planner located in the beautiful town of Ravello on the peak of the Amalfi Coast.

The Amalfi Experience has been planning exquisite weddings and events in Italy since 2006 and we are now one of the most prestigious planners on the Amalfi Coast.

This is our trick, we are behind Amalfi Coast Loves Wedding. Indeed, there is the story of a friendship behind our project.

if you are a company or simply propose activities on the Amalfi coast, Praianonline is the right website for your advertising